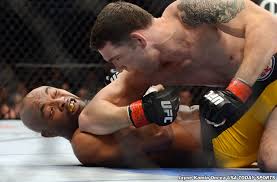 Anderson Silva was a defender of the middleweight world champion title. He gained respect and honor because of his victories, but it takes more than skills to be a respected person. In 2013, he fought against Chris Weidman, a contender of the world champion title. I watched that fight through a video on YouTube and witnessed an unexpected attitude from Silva. As time progressed within the fight, Silva seemed to take the fight as a game. Some shocking actions were that Silva was indicating Weidman where to hit him as if Weidman was incompetent. Also, Silva was hardly making any moves on his opponent, which demonstrates a conceited side of Silva. If I were to empathize with Silva within that moment, I wouldn’t have cared how “good” I was at my profession; life can make one realize that one isn’t the best after all. The outcome of this fight, which Weidman won, showed Silva that arrogance leads to disappointment.

Based on the few clips I’ve watched, Silva used certain techniques that helped him win several fights. He mainly used solid jabs to the face and the knee. He’s well known as a “legend” because of how many times he’s defended his title. However, Silva has been caught a few times using marijuana and steroids. When he was accused of this, he defended himself by claiming the information as a misinterpretation and/or it never happened. For a man to compete and use such enhancers that provide advantages that others don’t have isn’t fair. He portrayed the idea of making it to the top disregarding responsibility for one’s own actions. Anyone who wants to be recognized for their work ethic should also demonstrate honesty, which he lacked. No one really knows how long he consumed drugs for while competing; Who knows if Silva would’ve still kept his title if he was drug-free throughout all of the competitions.

View all posts by estherromero015